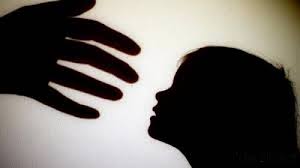 A Father of minor child told police that his 3.5 years old son is studying at Roots Millennium School Hillgate Campus Gulistan e Johar Karachi , his son complained him for wrongdoings with him in school washroom and IT lab.

According to the FIR number 46/22 registered in Gulistan-e-Jauhar Police Station a father of student nominated two employees of school namely Sailsh and Karamat.

However he also informed police in an FIR that school management has not cooperated with him despite of complaint about sexual abuse with his child.

He stated that school management sacked both employees from school without taking any legal action.

According to sources DG Directorate of Inspection and Registration of Private Institutions Sindh has formed a committee which will visit the school and compile a report regarding the said incident.

City News contacted to SHO Gulistan-e-Johar Asif Munawar for details regarding the said FIR, SHO informed that he have arrested accuseds now it is a work of Investigation department to further investigate in this case.

Bilal Zafar Solangi is a Freelance Journalist, Human Rights & Tobacco Control Activist. Alumni of John Hopkins School of Public Health. Done Masters in Mass Communication. He writes on the social issues of society.
You can reach him at :bzsolangi@gmail.com, Twitter : @bzsolangi

World is going through spectacular changes with emergence of new power blocs, says…