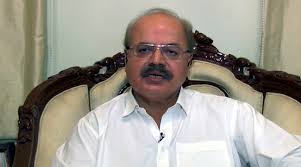 Moreover, Manzoor Wassan stated that the Federal Minister of Finance does not know anything about agriculture and his decision will cause loss to the farmers and exporters. As soon as Sindh Onion arrives the federal government bans. Sindh’s production has increased by 20 % fro the current season. Even last season, the federation did not pay heed to our letter and banned the export of onions and tomatoes.

He said that the Imran government is taking the nails of conscience and its wrong policies are harming the agriculture of the country.

He stated that if the PTI government did not refrain from anti-farmer decisions, Dammadam Mast Qalander would be in a dilemma. DEP, Urea, Petrol and Diesel should be made cheaper to control inflation, mafia to be caught which are hidden at Bani Gaala.

He further stated that the Federal Government had banned the export of onions without informing Sindh Province, adding that farmers in Sindh had ensured bumper production of onions despite the skyrocketing prices of fertilizers and pesticides.

He further said that stopping the export of onions was tantamount to economic murder of 70% of the people in the agricultural sector, the federal government has destroyed agriculture.

All possible steps are being taken to resolve municipal issues, Shoaib Ahmed Malik