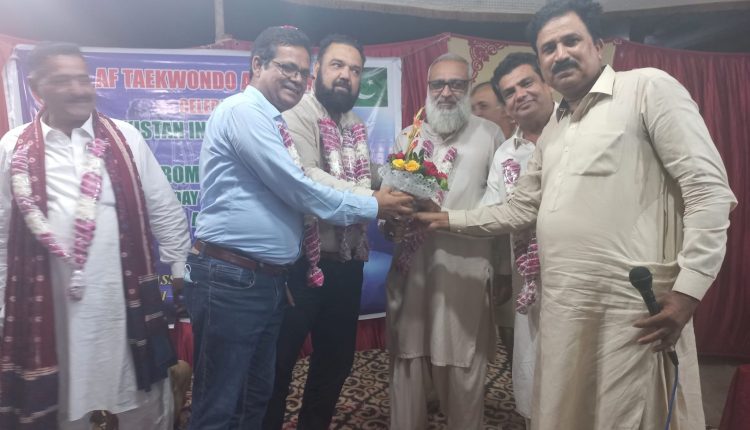 The event was held by the efforts of Syed Shahab Hassan Vice President of AF Taekwondo Academy.

Large numbers of childrens participated in singing National Songs, presented Tablo and also did speech regarding the importance of Independence Day 14th August 1947.

Speaking with the participants AF Garden Residents Welfare Association President Dr Safdar praised the efforts of AF Taekwondo Academy for organising this colorful event in the society and expressed hope that these types of event would be organised again very soon.

However, On outstanding services to the community yearly medals were given to Bachal Jatoi,Shahid ,Jawed Rana,Liquat Sheikh, Lala Sudheer & Hafiz Abrar for the year 2020.