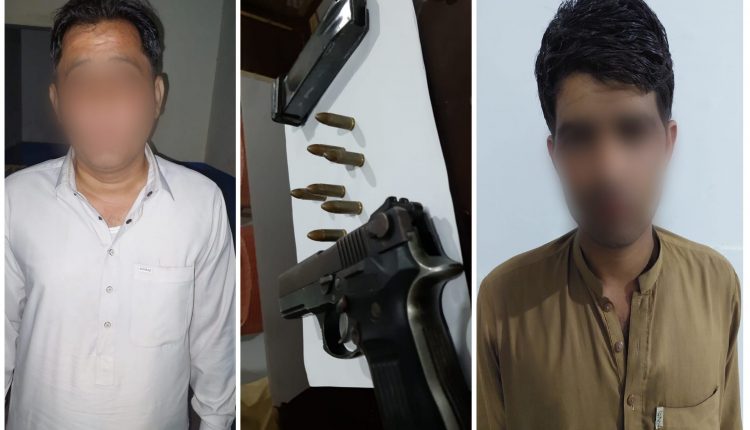 Today, two armed criminals on a motorcycle snatched a mobile phone and Rs 6,000 cash from the victim, Abdul Wahid, in an incident at Guldad Shah Road Saeedabad.

As soon as the incident was reported, the patrolling police party immediately chased the accused and arrested one of the accused named Zada ​​son of Gulzada while the other accused managed to escape.

During the search, the police party has recovered a 30 bore pistol with a loaded magazine from the possession of the arrested accused.

SHO Madiana Colony Police inspector Salim Rindh said adding that further investigation is being carried out by registering case No. 340/21 against the accused under Section 392/397/34 and Section 341/21 under Section 23 (i) A.

In another action, the police party reached the spot, recovered an unlicensed 9 mm pistol with rounds used in the dispute, and arrested an accused named Muhammad Ismail.

The accused was handed over to the Investigation Unit for further investigation.

Man arrests over alleged rape and murder of woman in Karachi

Advertisers asked to remove structures to avoid any loss during Heavy Windstorm;…