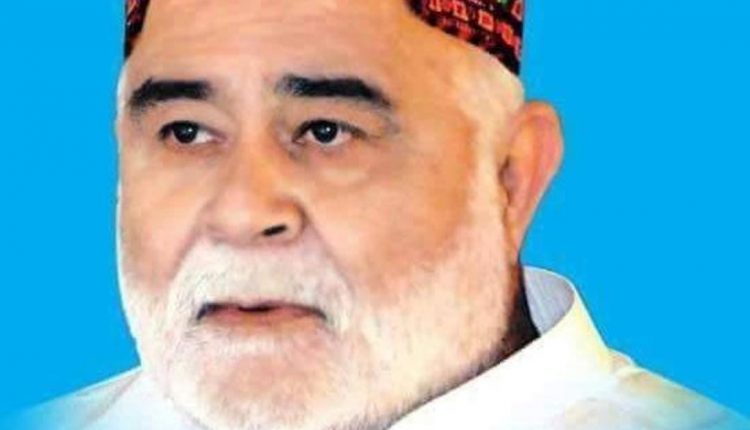 This he said in a statement issued here today. The Provincial Minister said that it was his dream to facilitate the people in obtaining higher education which would soon be realized. He said that only educated youth are the best architects of the nation.

The Provincial Minister for Food and Minority Affairs assured the people of Mirpurkhas that the time is not far when the youth will pursue higher studies from Ibn Sina University.

Hari Ram further said that PPP Government is busy day and night in the service of the people. Provincial Minister said that an important milestone has been reached today with the special interest of Chairman Bilawal Bhutto Zardari.

The Provincial Minister said that he and the people of Mirpurkhas were especially grateful to the Chief Minister Sindh and his entire team for this approval.

Provincial Minister Hari Ram Kishori Lal said that in the next phase, approval of Ibn Sina University would be sought from the Sindh Assembly.

The Provincial Minister once again assured the people that all ongoing development projects including the University would be completed while he also hoped to establish NICVD branch.

Hari Ram Kishori Lal said that the establishment of the University would benefit the talented students of the entire division including and they would play their positive role for the development and prosperity of the country in a better way.

“We have fulfilled our promises to the people, and opposition is advised to show patience and forbearance,” the provincial minister said. “My doors are always open to everyone,” he added.

Hari Ram Kishori Lal said that the Federal Government carried out petrol bomb attack on the people before Eid and also increased the prices of 100% items at the utility stores which is an injustice to the people.

He said that PPP is the only party in the country which is fully capable of dealing with the problems facing the country and he is hopeful that in the next elections the people will give their precious vote to PPP and bring it in power so that the problems of the people could be solved at their doorstep.