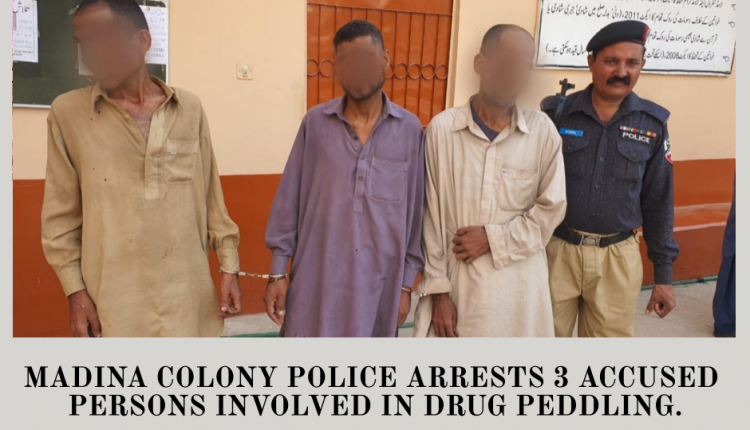 SHO PS Madina Colony Inspector Salem Rind has conducted a successful operation against drug dealers in Lasi Para,Baldia Town along with the police personnel on Wednesday.

Further investigation regarding drugs and other crimes is underway from the accused.

IBA Karachi organizes CEO Forum on ‘Industry-Academia Linkages – Why and How?’

Bilawal Bhutto wants people’s problems to be solved at their doorstep; Says MPA…