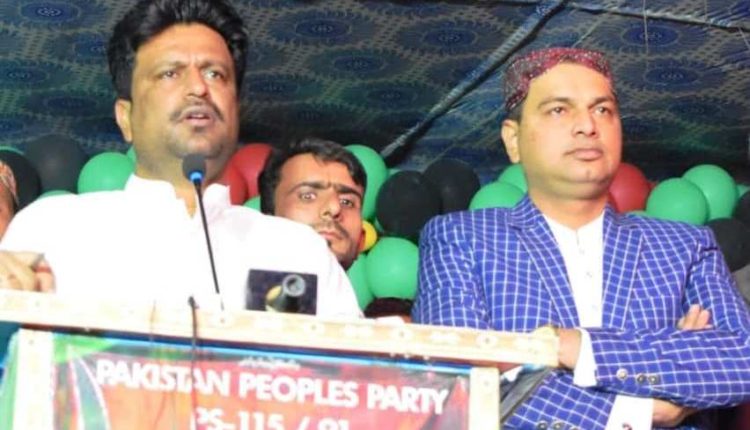 Pakistan People’s Party (PPP) workers and leaders on Tuesday celebrated the 93rd birth anniversary of the former prime minister and party’s founder Shaheed Zulfikar Ali Bhutto to pay him tributes on his birthday The party workers cut the birthday cakes and chanted the slogans of Jiye Bhutto to celebrate the occasion.

Speaking on the occasion, PPP member National Assembly Mrs.Shahida Rehmani said that ZAB had dedicated his entire life to the country.

Other party leaders said that the Party was still working to realize the dream of a strong democratic Pakistan as envisioned by the late Bhutto. They added that the execution of Zulfikar Ali Bhutto was a great loss for the country which remained irreparable.

Addressing the party workers MPA Liaquat Askani said PPP did not recognize the selected incumbent prime minister and said the party stood for the restoration of complete democracy in the country.

Similarly, he added that Shaheed Zulfikar Ali Bhutto made the country a nuclear power by laying the foundation of the program. Askani said Shaheed Zulfikar Ali Bhutto struggled against religious extremists and brought different segments of the society closer to each other so that national unity could be promoted. Moreover, he added that it was Shaheed Bhutto who gave a unanimous constitution to the country.

Asif Moosa the general secretary of PS-115 thanked the party leaders and workers for making the celebration splendor and successful. He also vowed that they will continue following the political legacy of Shaheed Zulfikar Ali Bhutto.

At last of the ceremony, they presented a huge cake in connection with the 93rd birth anniversary celebrations of former prime minister Shaheed Zulfikar Ali Bhutto.

50 change-makers of Thar thriving for peace

Education For All: A Plan To Support Needy Students For Education